The oldest wreck in the area, a veritable "fish soup" of marine life and a nursery for all kinds of fish species from the tiny, to the very very large.
Type of DiveWreck
Depth12 - 20 metres
Visibility5 - 15 metres
Temperature27 - 29 degrees C
DifficultyBeginner

Sunk in 1985, this tin dredger went down in 20 meters of water, after somebody flushed the toilet and the water started rushing in and did not stop (or so the legend goes).

Over several years, it became colonized by thousands upon thousands of fish, glad to be lucky enough to have to an artificial reef in a vast expanse of sand. When the tsunami hit in 2004, it broke the structure into four main pieces, making it even more interesting for us divers.

Around the wreck, which locals describe as “fish soup,” you will pass through clouds of snappers, fusiliers, batfish, and trevally as you look for the special things living within the wreck and in the surrounding sand. Crocodile fish, stonefish, scorpionfish, lionfish, ornate ghost pipefish and much more reside with the kings of the site, the nudibranchs. 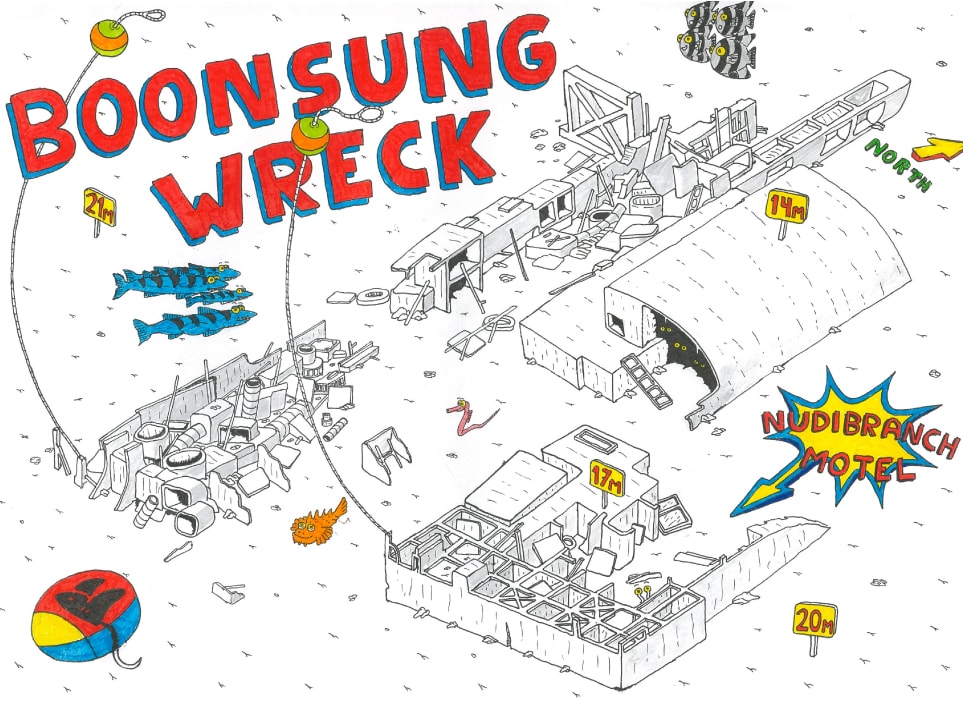 Do you think you will be able to find more than 10 different species on the same dive? I know I will! Always keep an eye above you too, the occasional whaleshark have been spotted here and even the more illusive sail fish!

Avoid penetrating the wreck at all costs. Since the tsunami broke it apart, the separate structures are very unstable. Also keep your eyes peeled for the many lionfish found hovering about the entire site. They always have the right of way.